My current home the Coral Princess left Alaska a few weeks ago and we are now on a sixty day cruise that is headed to Japan, South Korea, China, Taiwan, Vietnam, the Philippines, Guam Hawaii and back to our port of original Los Angeles.

After spending six summers in Alaska on various cruise ships in Alaska it is time to say goodbye, at least for now. I have already confirmed my next ship the Diamond Princess for next summer that will home port in Yokohama. Instead of my usual summer in Alaska I will be enjoying Japan, South Korea and Russia.

I’d first like to thank the owner/captain David Lethin, his wife “the Commodore”, Shauna Lee the Chief Operation Officer and the crew for the many trips taken on the Aleutian Ballad. Also for the privilege of providing many of the photographs for their book and the cover photograph.

I would also like to thank Paul and Amy of the Mountain Flying Service in Skagway for the handful of flights that I was able to take over the summers. Being able to soar over mountains, glaciers and Glacier Bay National Park was truly remarkable and something I will never forget.

I’d like to say thank you to Kathy Shen who took a special interest in my book for her store Broadway Jewelry in Skagway and for inviting me to also supply her with not only my book but also photographs for next summer. I’d also like to congratulate her on her new store and location in Skagway next year.

Another thanks to Ken Decker and his wife Monica the owners of Crazy Wolf Studio in Ketchikan for carrying my book in their store, for their friendship and for the unique gift of a salmon leather wallet.

In closing I’d like to say a very special thank you to my good friend Rich Lee the owner/operator of Aurora Birds and Bears Tours of Ketchikan. I have become very close to Rich over the years, taken many tours to photograph bears and sat in his van shooting the breeze and enjoying his friendship. Rich has welcomed me into his family and I will miss him the most.

I am sure that I will someday go back to the mountains and streams of Alaska as it just gets in your blood. My son once told me when he was young “dad you are a mountain man not a beach boy”.

and my favorite shots of Alaska… my grandson Basil 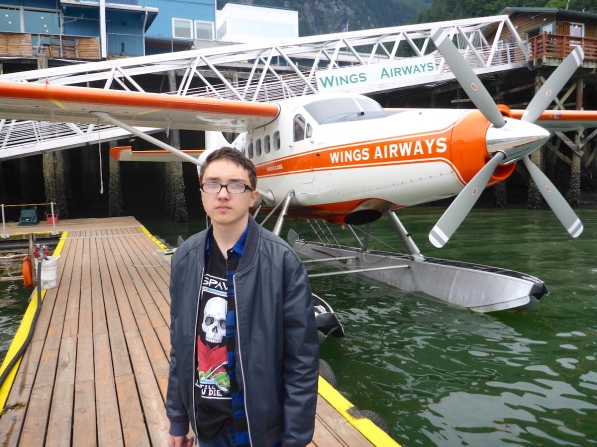 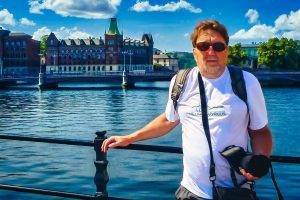